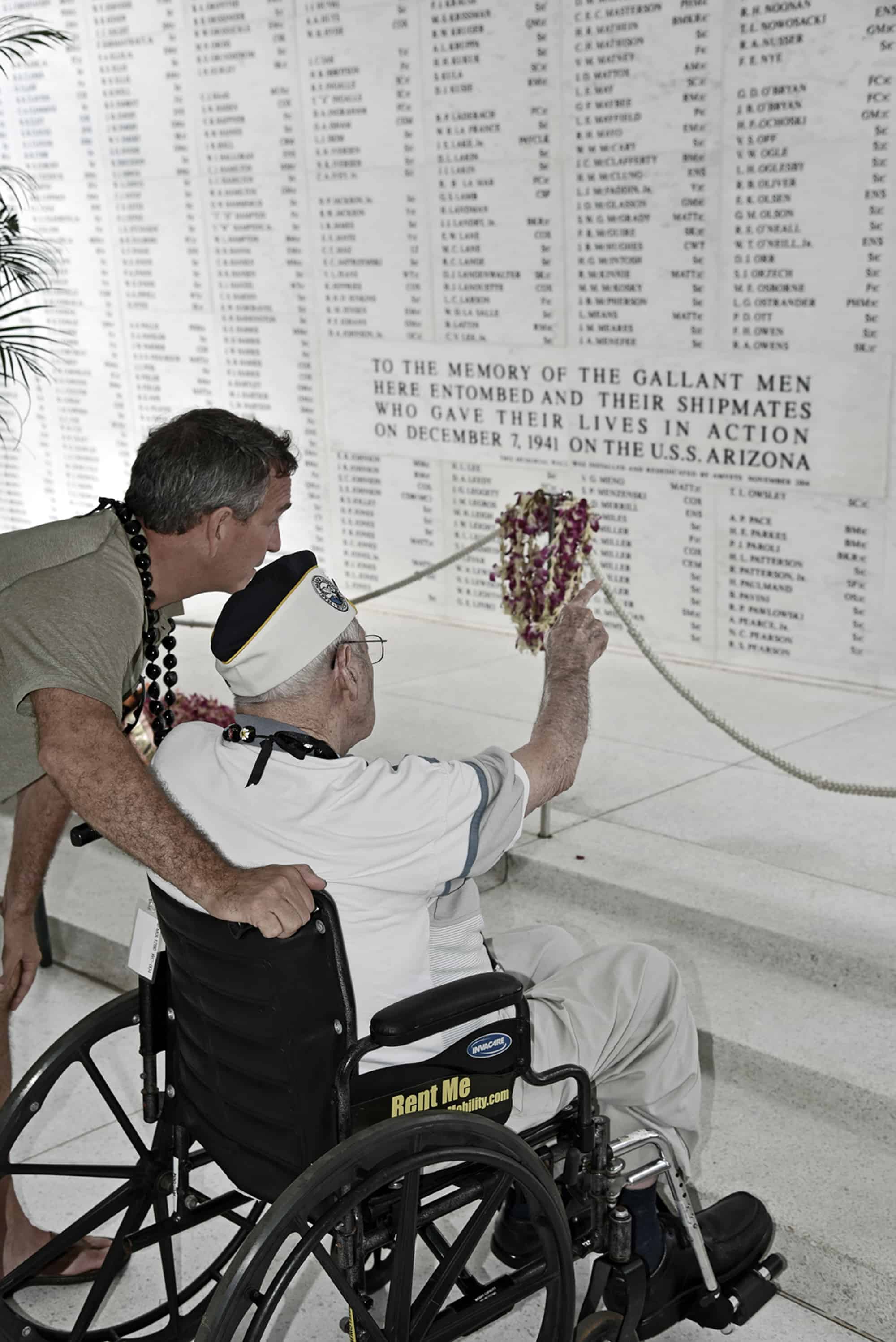 A year ago yesterday, Sheryl and I had the privilege, with our EHE guests and friends, to attend the national Pearl Harbor Memorial Ceremonies on the 75th commemoration of that dark day. Our great additional privilege was to escort one of our guests, Stan Van Hoose, who had been assigned as a navigator’s assistant on the bridge of the USS Maryland that Sunday morning, just behind the Arizona and tied next to the Oklahoma. Stan was amazing throughout the trip, sharing his experiences with the hundreds who stopped to talk with him. On just one occasion did his great shoulders heave and sob — as we first came aboard the Arizona memorial and I wheeled him over to the water’s edge and we looked down upon the ship and her men below. Then, we went forward and talked about the men as we examined the wall of those who died that morning. It is something I will always cherish and never forget. In total, there were some 250+ veterans of Pearl Harbor and the Pacific War in attendance.

In June 2019, we will lead an EHE expedition to attend the 75th commemoration activities for D-Day on the beaches of Normandy. We attended the 70th and it was amazing. I am certain the 75th will be even better and, frankly, probably the last time we will have such numbers of veterans in attendance. The link to the trip is below. I hope you can join us. 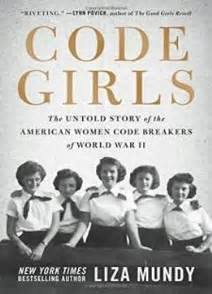 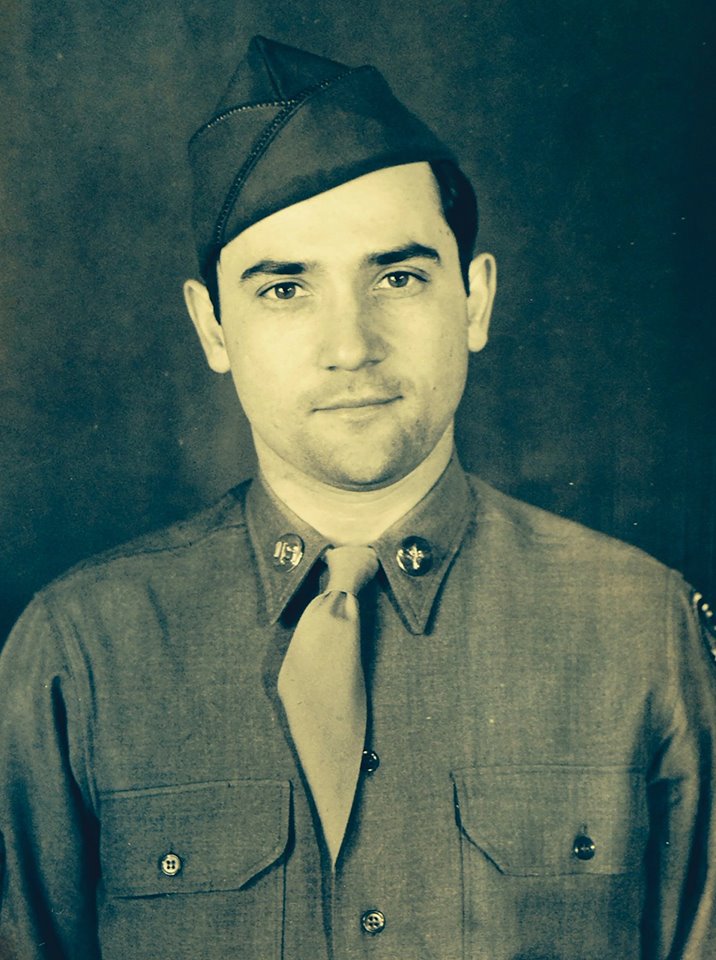 A young Jewish-American OSS (Office of Strategic Services) spy during WWII, Refkin spent a lot of time behind enemy lines, usually disguised as a German corporal (“No one has ever noticed a corporal,” he said).

On this occasion he was having drinks with a Wehrmacht colonel in a Paris hotel when a Gestapo officer asked for their identification. The colonel expressed such indignation that the frazzled Gestapo officer stalked off and Refkin sardonically said the above to the colonel as they continued to quaff drinks.

Refkin said the OSS encouraged its field agents improvise as needed. “They told you what they wanted to get done, but they didn’t tell you how to do it.”

During the war, among other exploits, Refkin, aged 20-23, smuggled explosives to the French Resistance, infiltrated Nazi Germany and killed specific targets integral to the war machine, and sabotaged rail tracks that slowed down the German armored response to the Normandy/D-Day landings.