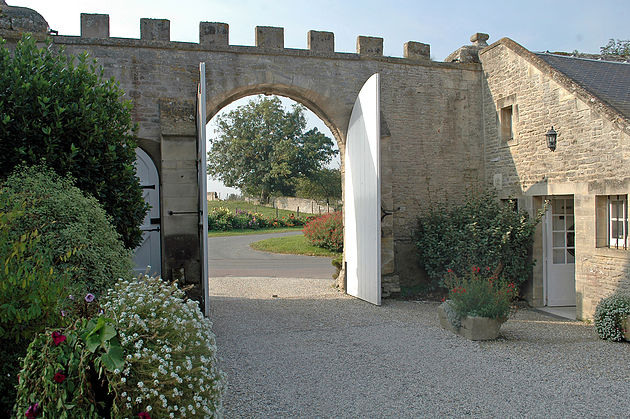 Before every Essential History Expedition trip, one or both of us conducts an extensive visit to the sites where we will guide guests on the expedition. The purpose of the extreme reconnaissance is to ensure the entire experience will highly complete and enjoyable for all guests. Some trip aspects we examine on the recon include lodging, transportation, dining, museums and, of course, the historic and cultural sites that are the basis of the expeditions. Before leaving for the recon, we have already created a tentative expedition itinerary and compiled a list of potential lodgings, restaurants, etc., to visit and research further while on location.

For instance, in preparation for our expeditions in July 2015 (Normandy/D-Day, Battle of the Bulge and Waterloo), Sheryl and I conducted several recons. We had led two Normandy expeditions in May and June of 2014, and are very confident in our itinerary. But, we have decided to change the lodging location from the eastern beaches area to a more central spot. So, in September 2014, we returned to the Norman coast and visited a number of chateaus, boutique hotels and old farm houses. Many were wonderful and would suit our needs. In the end, we selected an incredibly charming 700 year-old farm that has been transformed into luxurious lodgings, between Bayeux and the coast right in the middle of the D-Day experience.

The Manoir de Mathan http://www.normandie-hotel.org/hotel-normandy.html is a 17th century chateau associated with the nearby larger 13th century Ferme de la Ranconniere farmhouse http://www.ranconniere.fr/?lang=en where we will enjoy four-course sumptuous meals.

On that same recon, we made our initial visit to Waterloo and the Ardennes in Belgium. I had been to both some years ago and am very knowledgeable regarding the battles and campaigns. However, we needed to find lodging and the rest. For five days, we checked out numerous castles, chateaux, hotels and restaurants. We also drove the Bulge battlefield and I walked the fields of Waterloo and Quatre Bras. We selected an amazing lodge (http://www.ardennes-resorts.com/lodges/les-contes-de-salme/introduction/) in the central forested town of Vielsalm for our base in the Bulge expedition. Situated on a lake in the mountains, it promises to be a spectacular setting in the summer. 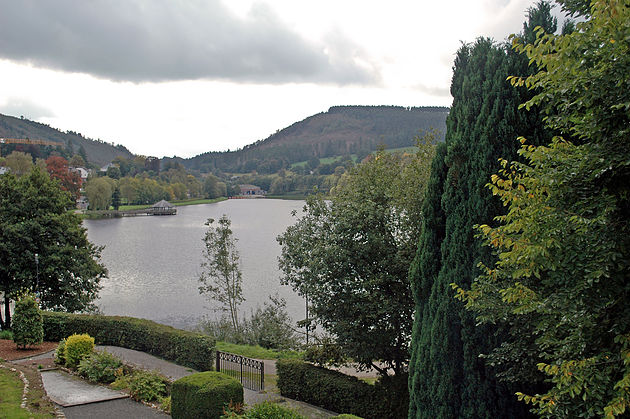 With side trips to Avignon in the south of France, Paris and Prague, Sheryl and I ceased our first recon with work still to do. We still needed lodgings in Brussels and I needed to walk Agincourt, Ligny (pre-Waterloo battle) and the northern shoulder of the Bulge.
In December, I returned to Germany, arriving at Ramstein, picked up a rental car and headed out into the cold Northern winter. I had intended to start east to west; however, it was raining pretty heavily that first day so I decided to spend most of it driving the longest distance. This trip took me through the Saar region of Germany and the Siegfried Line border that then became the Maginot Line facing it in France. I was then driving through the Lorraine region and past countless battlefields from over the centuries. It was an historian’s dream drive! Some of these fields we will visit on future EHE expeditions. These include several for the centennial commemorations of the First World War. In 2016 we will do a combined Verdun-Somme expedition, for instance, to mark two of the biggest and most important battles of 1916. Then, in 2017 and 18 we will visit many of the iconic American battles, such as Cantigny, Chateau-Thierry, Belleau Wood, St Quentin, Argonne Forest, St Mihiel and Second Marne. Many of these towns and woods I passed as I sped west in the rain. It made me think of the horrible conditions for those soldiers in the trenches throughout those long winters. I also drove by a number of sites associated with my studies of the French Revolution and other periods of European history – Varennes (to which Louis XVI and his family had fled; when captured and returned to Paris, the end was near), Reims (in which cathedral the Kings of France were always crowned), Crecy from the Hundred Years War and many, many others. You cannot drive through Europe without being made aware of its dense layers of history around every corner and bend in the road.

At nightfall I made it to the tiny hamlet of Azincourt in the Pas de Calais. I could not walk the fields that evening, so I continued to the coast and checked into a hotel in the old walled city of Montreuil. This absolutely charming village was the British Expeditionary Headquarters during the second half of the First World War. I explored it and we will consider it as a base for some of our WWI trips. In the morning, in a light drizzle, I returned to Azincourt, examined its museum and then walked the battlefield of Henry V’s great victory. Next summer we will spend a little time here, on our way between the D-Day and Battle of the Bulge expeditions. 2015 will be the 600th anniversary of the battle and so it is appropriate we stop and visit. The Easy Company, 101st Airborne of World War Two fame participated in both battles we will see and it is fitting that Shakespeare’s Henry V gave the famed St Crispin’s Day speech at Agincourt, in which he calls his men his “band of brothers” and provided an appellation that thousands of soldiers have used ever since.
__________________________________
From this day to the ending of the world,
But we in it shall be remembered-
We few, we happy few, we band of brothers;
For he to-day that sheds his blood with me
Shall be my brother; be he ne’er so vile,
This day shall gentle his condition;
And gentlemen in England now-a-bed
Shall think themselves accurs’d they were not here,
And hold their manhoods cheap whiles any speaks
That fought with us upon Saint Crispin’s day.
___________________________________
My feet sank into the soaked clay soil and I well-imagined the difficulty the heavily armored French knights had in their attack against the English. It proved yet again the great utility of walking a field in the conditions that existed at the time. Afterwards, I continued east towards Brussels, driving past Arras (of First World War memory) and Douai where one of the most important translations of the Catholic Bible into English occurred in the late 1500s. Then, it was into Belgium and the battlefield at Ligny. Throughout the day the rain had increased in degree while the temperatures dropped in the same. It was a cold, wet slog through the various villages where Napoleon had confronted Marshal Gebhard Blucher’s Prussian army. I did get a good feel for the scale and scope of the battle, though, before I headed in to downtown Brussels.

In the morning, a Saturday, the dawn was crisp but mostly sunny and clear. I drove back out to Ligny and had the opportunity to really walk the various points of the battlefield in daylight and with vistas wide and far. All of my reading and prep truly aided me now as I traced the important movements and counter-movements of the two opposing forces. A return of a steady drizzle in the early afternoon did not hinder the recon at all. Returning to Brussels, I made my way down to the historic center of the city and visited several fantastic hotels that we may stay in during our time conducting the Waterloo at 200 expedition. After a phone call with Sheryl to confirm my findings, I wandered the beautiful old quarter and found a Christmas season wonderland, including a festive crowd at the famed Manneken Pis fountain. At the end of the eve, I found myself in a sports pub watching the Army-Navy football game with a number of other Americans and plenty of Europeans intrigued (or was that quizzical?) with US collegiate football. The next day was beautiful for my drive out a little over an hour and a half to the east and into the Ardennes forest and mountains. Once past the ancient fortress city of Liege, I turned south and entered the rugged woods. As I climbed, the sky darkened and the hills became clad in snow. I was coming in on the northern shoulder of the Bulge, as Sheryl and I had explored the southern shoulder and Bastogne in our September visit. I exited the autoroute near Malmedy and made my way into the village; I had not been in over 23 years and was happily pleased to find it such a spectacular town! A Christmas market festival was in full swing in the beautiful town square as I parked the car and checked into my apartment overlooking the same scene. I had a few hours before nightfall, so I drove out to the southeast and visited many of the sites associated with the opening days of the Battle of the Bulge – Losheim, Bullingen, Krinkelt-Rocherath, Elsenborn Ridge, Bucholz Station, Bagneuz, etc. My favorite spot was finding Lt. Lyle Bouck’s platoon’s position above Lanzerath. As I stood near their foxholes in the two foot snow and darkening eve, I imagined what that group of 20 young Americans felt at the end of their long day’s battle. Back in Malmedy, I explored all the sites and memorials around the cathedral and square and then joined in the town’s winter festivities! On Monday I continued my recon of the north shoulder and followed Kampfgruppe Peiper’s route through Stavelot, Trois Ponts, La Gleize, Cheneux and Neucy (where US engineers blew the bridge, effectively halting the German advance).

The date was 15 December, and I decided to end my recon by driving down to Bastogne, the most famous of all the towns in the Bulge fight. I arrived to find it festooned in welcome of veterans and visitors, as the battle had commenced 70 years ago on the next day, the 16th. I had lunch on the main square, walked the exhibits and spoke with a veteran of the 7th Armored Division. It was a fitting conclusion to a very good reconnaissance trip.

The weather on this recon had been poor, which gave me a great glimpse into the state of the fields and troops during their respective battles, but the knowledge gained had been worth it. I felt our initial itineraries had been quite good, I had made adjustments based on timing and road conditions (for instance, finding that a low bridge would never allow the bus to travel one of the routes I wanted; so I adjusted the route) and I feel they are eminently solid now. The reconnaissance is just one of many portions of pre-expedition preparation but is an absolutely critical one. We continue to prepare up to the day we depart on a trip. In fact, we will also leave a week or so before an expedition – to conduct one final route recon and confirmation that nothing has changed, as well as confirming all the myriad details of arranging things before the first guests arrive. Then, we draw the curtain up and commence the show!

We hope to see you at a performance someday soon.